Tropical Storms and Hurricanes in Florida 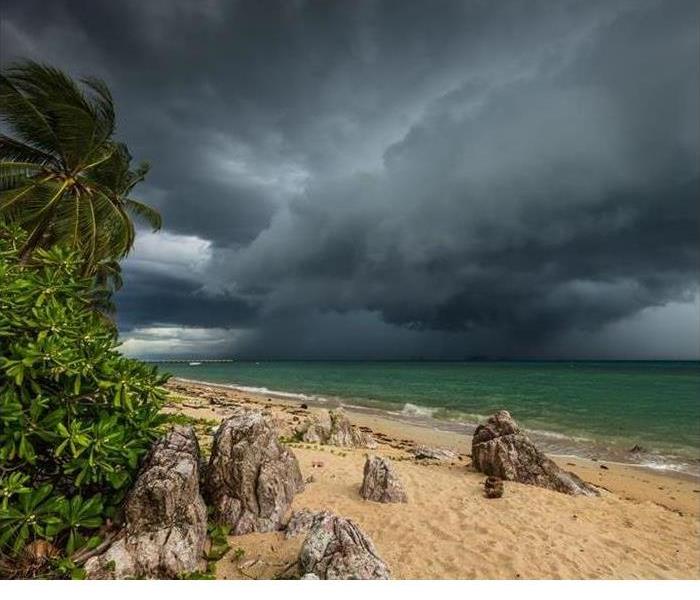 SERVPRO Can Mitigate Storm Damages After a Hurricane

An intense storm, a tropical storm is known by a very low pressure and swirling wind rotation, which usually forms in the tropics. These types of storms can bring very heavy rain and damaging winds to the areas which they pass over.

Even though tropical storms are not as powerful as hurricanes, they can be quite destructive as well, causing injury, property damage or even death. Typically, hurricanes will diminish in power to tropical storms.

Development of Tropical Storms and Hurricanes in Arlington

A combination of factors are needed for a tropical storm to form:

1. A disturbance in the atmosphere, typically an area of cool air and low pressure
2. Ocean water that is warmer than 80 degrees Fahrenheit
3. A low, vertical wind shear, which means the wind speeds have to be consistent at various altitudes.

Even with the combination of these factors, hurricanes can develop only a certain distance away from the equator. This is because of the Coriolis effect, which is created by the rotation of the earth and is too weak near the equator to provide a storm which is developing the necessary spin.

These storms start out as a disturbance in the atmosphere of low pressure. The wind comes into this low-pressure area from areas of high pressure surrounding it. Once the warm ocean water warms the air, it rises at the center of the storm that is forming where it condenses, which makes thunderstorms.

Essentially, the system feeds on itself, using as fuel the warm water of the ocean. Usually, tropical storms show a recognizable pattern of rotation when they are seen from a satellite. However, they don’t usually have the spiral pattern and eye that is known to go along with hurricanes.

An important part of nature, tropical cyclones carry heat from the lower latitudes by the equator to the latitudes that are farther north. These storms can form in various regions of the world, including the Pacific Ocean, the Atlantic Ocean, near Australia and the South Pacific, the India Ocean, the Arabian Sea and in the Bay of Bengal. In the Eastern Hemisphere hurricanes are usually called typhoons. SERVPRO says: no matter the name, they are very dangerous, so be prepared.

These storms can bring damage in many ways. The biggest danger may be the heavy rainfall that goes along with hurricanes, causing severe mudslides and flooding from the groundwater. Three-foot rainfall totals over several days aren't uncommon with these storms, even when they are some distance from the coast where the storm made contact with land.

Winds of high speeds can turn things such as outdoor furniture, signs, and tree limbs into flying, high-speed projectiles, making hazards for animals and humans, and even breaking windows or destroying or damaging buildings. The wind can also create large waves, the always dangerous tidal surge, which could endanger people living on the coast or boaters. The storm surge or high storm tide which goes along with tropical storms can go over lowland areas and destroy property, or injuring or killing people. Tropical storms can also create tornadoes, causing, even more, destruction.

Tropical storms and hurricanes can bring devastating damages to your property, so when this happens, talk with us at SERVPRO of Arlington / Jacksonville East by calling us at (904) 721-2230 for emergency service.

We are experienced and trained to handle storm damages. We will come out quickly to your property to begin the remediation process.

Check out of Google My Business posts for more info https://posts.gle/zpRv1